I like when an even can turn my pre-conceived notions on their heads. I always thought of gyms as a place for the guys. Based on this event (which is produced and brought to us by LifeTime Fitness), I think LifeTime gyms would be a place that I as a woman or my kids could/would feel comfortable working out OR going to the spa. The celebration and encouragement I saw from the staff and all the participants was AWESOME.

Pre-Event Training. I signed up for the pre-event training through the club. It was a minimal cost at just $3.20 for the 5K training and $6.40 for the 10K (Get it? The Mileage). The training was twice a week on Wednesday afternoons and Saturday mornings. I knew that Wednesdays were already going to be out for me as they started the run at 6p but I had to run my daughter to something every Wednesday. Which left Saturday mornings. There was a tiny snafu with the first week – then the following two weeks I had my son’s football games at 9 a.m. so I would not be able to make it. I did however, try to run on my own. I do think this would have been a really great resource getting me readying and having someone actually give me pointers – it was simply a timing thing that I could not take full advantage of this program. But will try to next time.

The Run (10K/5K). I have stayed away from races for all my life (with the exception of the Bolder Boulder – which I run with my sister, brother-in-law and nephews). I guess I sort of figured that the Bolder Boulder was different because there were so many people and waves – that several people walk the event. And let’s be honest, all three years that I’ve participated I’ve walked at least part of the race. But what I loved so much about this race – is that there were women and girls of all different shapes, sizes and fitness levels. Everyone seemed to be supporting and encouraging all the others (as opposed to what I thought races were – which were “competitive” to see who gets the best time). The last mile or so was sort of “ambitious” as it was all up hill (this is where I walked a lot). But I made it – getting a finisher medal at the end making me believe that I had achieved something! 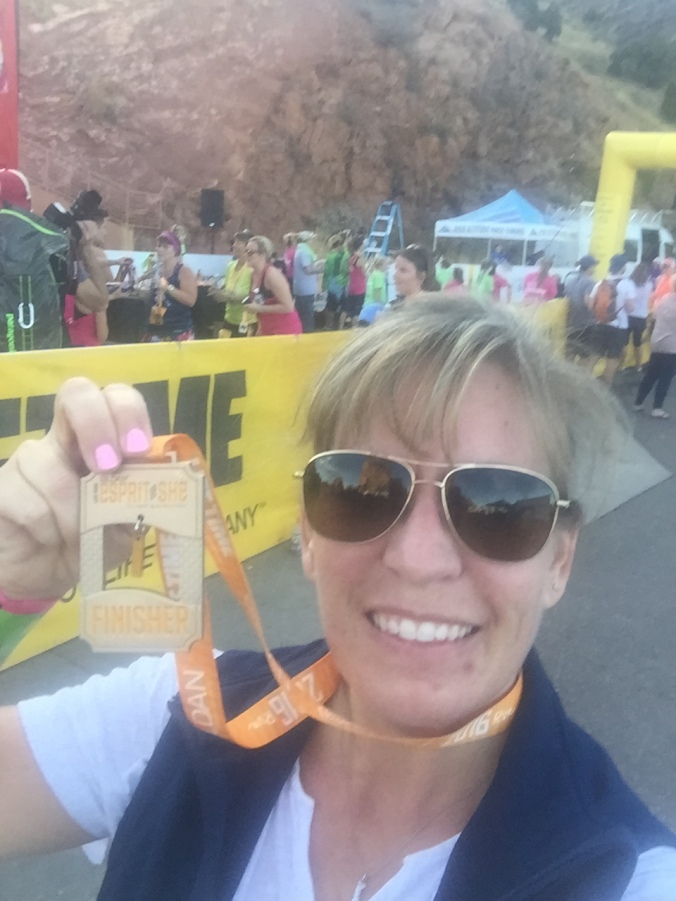 Yoga. While I didn’t participate in the yoga. I know there were a lot of ladies that participated in Yoga on the Rocks. So even if you are not a runner (or walker) that wants to do the 10K or 5K race – there is still something for you!

Marketplace. I’ve been to a lot of expo’s. People hawking their wares. Nothing to see/do in booths except buy, buy, buy. This was very different. Each of the vendors really had something substantial in their booth.

Concert. I love going to concerts and finding new groups. I especially love hearing someone who I thought I knew – but then deciding I like them even more (and go and download a bunch of their songs). Even better if the concert is at Red Rocks on a beautiful fall afternoon. I was really impressed with the opening band, Tyler Watkins band. A local country band. They were great and very energetic. Then Jana Kramer came on stage as the headliner. She is awesome in concert. I love the way she interacted with the crowd and knew that it was mostly women. I loved that the concert only went until 7 p.m. 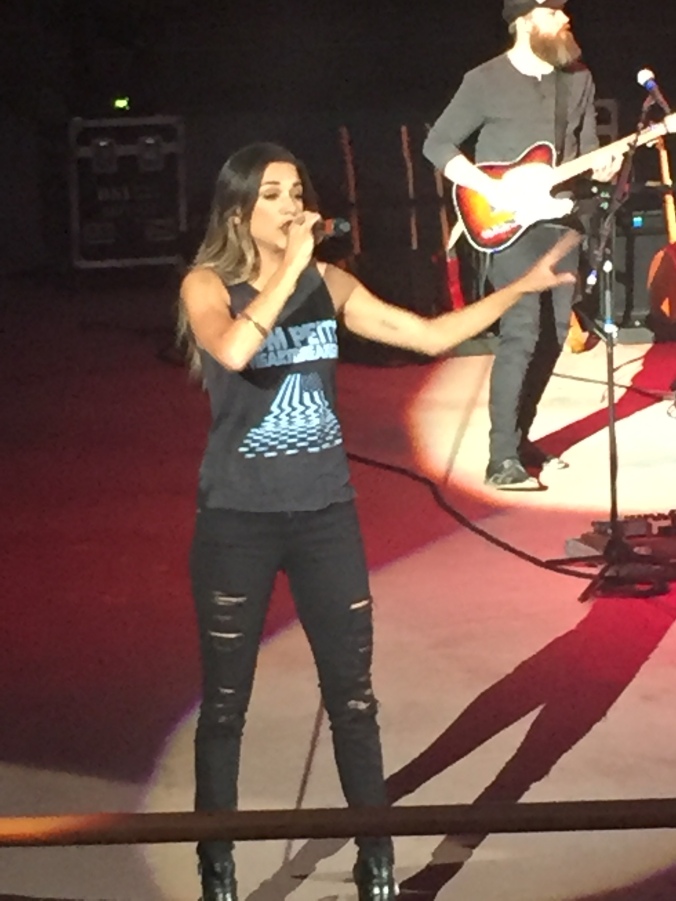 I will most certainly seek out this event next year. I will go. I will invite friends. I will celebrate the “She” in me! The event helped me set a goal (of running the race) and achieve it. It was a really fun event the celebrates women. Girl Power!

Email me if you know of any great Denver deals!